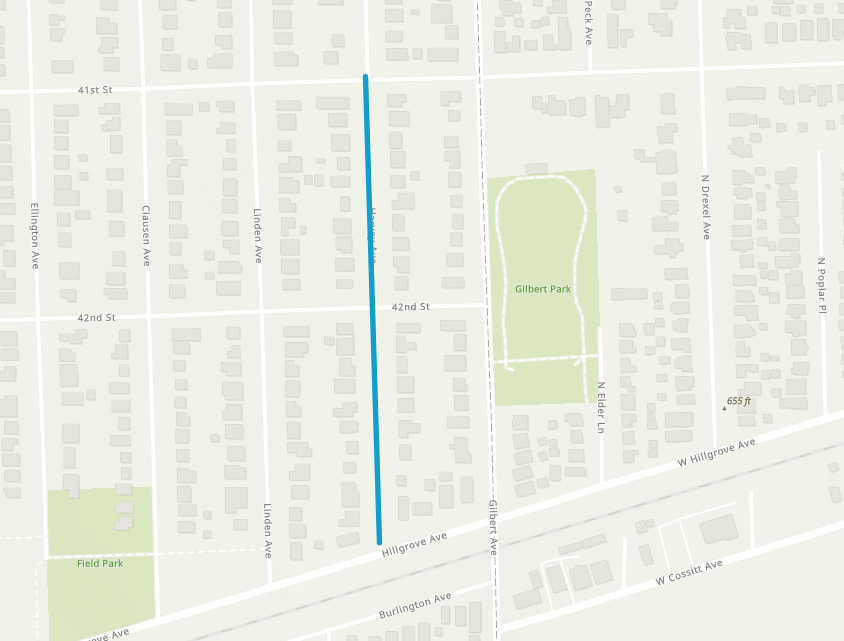 The Village finalized engineering plans for the project in June 2022 and received bids for the project on June 30, 2022. Unfortunately the bids received came in higher than anticipated and the preferred alternative that included construction of a new storm sewer came in significantly over budget. As a result, the bids received were formally rejected by the Board of Trustees at the July 11, 2022 board meeting.

Village Staff and our engineering consultant HR Green plan to review the plans and we will evaluate possible ways to revise the plans to reduce the cost. Unfortunately, it does not appear that immediately rebidding the project will result in lower project costs. There also is not enough time left in the construction season to rebid the project and complete the project before the end of the construction season. For these reasons, the Village plans to rebid the project towards the end of the calendar year. Project work would then begin in the Spring of 2023. We apologize that the work cannot be completed this year, however the Village remains committed to the project and the Village expects to be able to adjust next year's budget to ensure the work can proceed next spring.

Harvey Avenue is planned to be reconstructed from 41st Street to Hillgrove Avenue. The planned work includes new pavement and curb and gutter. Additionally, each driveway will receive a new concrete driveway apron and spot repairs of the sidewalk are planned. The reconstruction of the roadway will be funded utilizing the Village's 2016 Roadway Referendum funds, which were approved by the residents for the reconstruction of streets within the Village. The funds can only be utilized for roadway improvements and cannot be utilized towards other infrastructure. Additionally, the Village hopes to install a new storm sewer on Harvey Avenue as a part of the project work. This work will be funded through other Village funding sources.