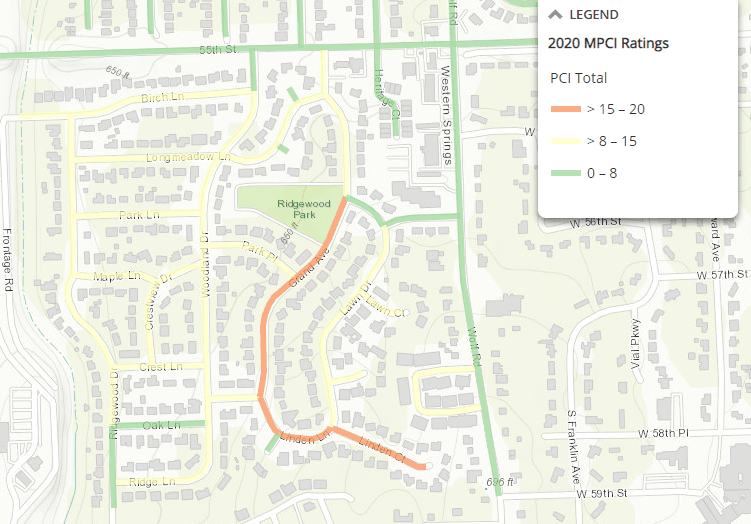 Every year, the Department of Municipal Services performs a comprehensive roadway survey of streets in Western Springs. The survey includes a visual inspection of the roadway surface and recorded numerical ratings for various types of pavement deficiencies. Examples of failures include various types of cracking, potholes, drainage issues, and overall rideability. These values are summed and an rating is assigned to each roadway segment.

Grand Avenue was selected as a 2021 roadway reconstruction candidate due to an rating of 18 (Very Poor Condition), placing it as one of the highest rated streets in the community. Roadway improvement projects are identified and prioritized based upon the Village's numerical ranking system (MPCI) for streets along with available funding. Residents can view the Village's complete 2020 roadway inventory at 2020 MPCI Report.

The selection of Grand Avenue as a 2021 project is based upon the roadway ranking, however Village staff is looking for opportunities during any roadway improvement project to implement storm water or other improvements whenever possible. Funding for large scale underground improvements is not available at this time and the necessary improvements near Flagg Creek would need to occur prior to with any large scale improvement upstream in the system. While staff does continue to look for funding opportunities for the recommendations identified in the 2016 storm water studies, smaller scale and more affordable at-grade improvements have been identified as potential options to explore that may provide some added relief during certain storm events.

The Village has identified several green infrastructure improvements that have been utilized in other communities in Northern Illinois to provide additional storm water relief when a traditional storm sewer may not be feasible. A pilot project for the green infrastructure was completed in 2020 at Prospect Avenue and Reid Street to evaluate the potential effectiveness and aesthetic design elements and is currently under evaluation for the Village's 2021 Grand Avenue project. 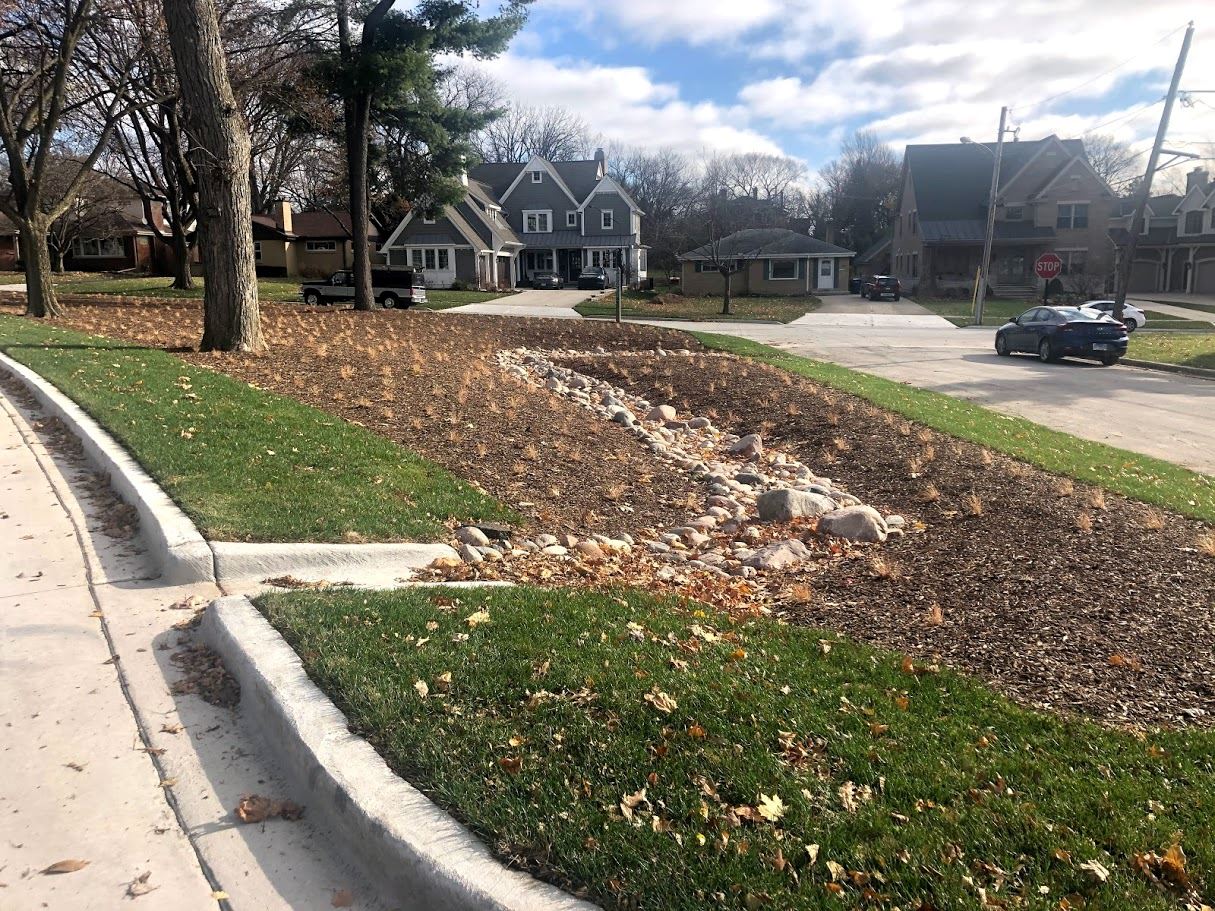 The Village held two kickoff meetings to gain feedback on potential storm water improvements under consideration for the project on September 9, 2020 via Zoom and again on October 21, 2020 in Ridgewood Park where residents could view examples of green infrastructure enhancements used in other communities.

Potential improvement locations were presented and comments were solicited for feedback from the community. Please note that the Village has not designed any improvements at this time, and the potential areas do not reflect the size of any proposed improvement.

The recording from the September 9, 2020 video is available below for viewing.